We are proud to declare the Fifth Fantasy Cream open!

Following amazing Sponsors have brand new deleeecious Exclusive releases at the Fantasy Cream Market   and in the VOTE & WIN Contest:

Start the 1L Hunt here at the Fantasy Cream Market – http://maps.secondlife.com/secondlife/Dandelion/137/119/26.
Vote for your favorite for a chance to win prizes and be the first to buy the new releases! And then go Hunting!
There are 32 Stops in total to collect amazing deleecious Hunt Items.

via At the LoveFest 2016 — just a few random captures…. | Alternative Life

For apparent reasons … here a cool (the best so far) nice written post.
I saw 4 such spammer actions from 4 different accounts in the groups in the past 12 hours. I hope many many people read this.

On Friday, March 11, Linden Lab posted “A Reminder About Account Security” under “Featured News” on the Second Life blog. This blog post is about how to stay safe from phishing scams. Wikipedia says that “phishing is the attempt to acquire sensitive information such as usernames, passwords, and credit card details (and sometimes, indirectly, money), often for malicious reasons, by masquerading as a trustworthy entity in an electronic communication.”

Here’s how a phishing scam works. I get an IM from a trusted friend, or I see a message in group chat, that says something like this:

“Please visit my new store on the Marketplace.”

followed by a URL (a link):

There are several clues here that I should spot right away.

Designer in this round :

At Fantasy Cream, you will find the most juicy, tasty, creamy, deeeeelicious and exclusive creations ever created by the beautiful minds of medieval fantasy creators. The market, contest and hunt run from July 18 through August 18. More info at fantasycream.wordpress.com.

Due to a Google issue, our application forms are unavailable at this time. We ask that you be patient as this problem is international and hopefully will be resolved shortly. 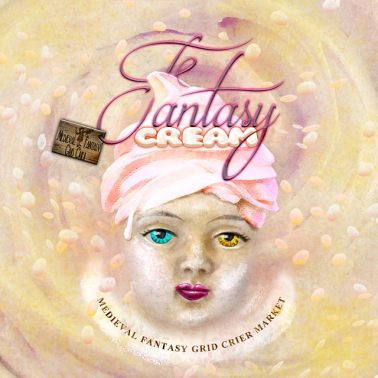 Merchants are showing one exclusive creation purposely made for the event.
The Visitors of the FANTASY CREAM Market are invited to vote for their preferred exclusive creation among those shown in the voting area.
Three people among those who have voted during the week will be randomly chosen and will win a big prize kindly made available by some of the MFGC merchants.
The MFGC Merchant who will receive the higher number of votes on their exclusive creation will have a free featured place in Dandelion for the next three months.

HUNT
You see the hunt Item example by the voting board.
Find the little somethings and collect the generously provided gifties .